Can cannabis help with Crohn’s disease? Doctors and patients weigh in 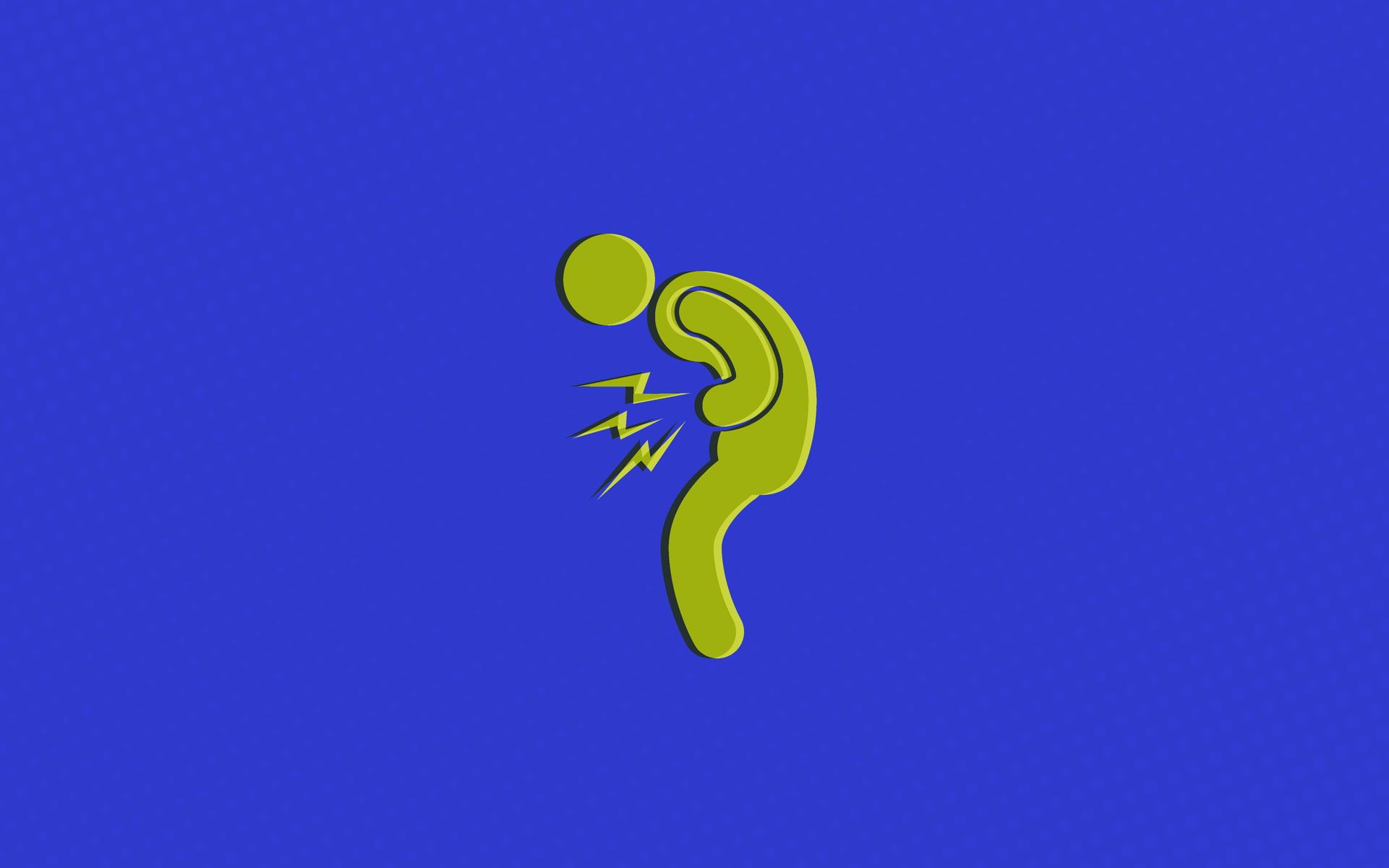 Can cannabis help with the symptoms of Crohn’s disease? This is a popular question, with a myriad of articles claiming that cannabinoid-rich oil can bring relief—or even a cure—to those diagnosed with the disease. Claims like these sound enticing and exciting, but is there truth to them? Is there research to back up cannabis as a remedy? Does anecdotal evidence support the claims?

As it turns out, the results are not as straightforward as it would seem.

What is Crohn’s disease?

Crohn’s disease is a chronic inflammatory bowel disease. This autoimmune disease affects the digestive track and in serious cases can cause life threatening complications.

For some, the disease presents mild to almost no symptoms, while for others, it can be a life-long battle. Some of the most common symptoms can include:

In severe cases, Crohn’s disease can lead to losing sections of one’s colon, or even so much that a colostomy bag may be necessary.

It is clear to see why the hunt for a cure is so important for patients. Currently, there are no pharmaceutical medicines or medical treatments that offer a cure for Crohn’s disease. Immunosuppressants and steroids can be used to slow its progression, but do not entirely prevent flare ups and symptoms.

But what about cannabis? Can cannabinoids offer a better alternative to the pharmaceutical industry? Unfortunately, neither the results of research nor anecdotal evidence provide a clear answer to this question.

The research on cannabis and Crohn’s disease

There are currently no cures for Crohn’s disease, and that includes cannabis. That said, the real question is this: Can cannabis put and keep the disease in remission?

A 2018 study[3] conducted by the University of Western Ontario assessed the effectiveness of cannabis and cannabinoids in inducing and maintaining remission in patients with Crohn’s. The results, however, were inconclusive.

Dr. Dustin Sulak[4], a leading clinician in the field of cannabis medicine, weighed in on the topic with an optimistic outlook. He confirmed that there are no current studies which show conclusive evidence that cannabis is treating the underlying symptoms of Crohn’s, but there are several successful animal models[5] which show a clear, positive correlation.

Dr. Jeffrey Hergenrather is a medical cannabis physician from California who continues to pursue knowledge and new research. When last touching base, Dr. Hergenrather spoke of a 500-person study on Crohn’s at the Ichilov Hospital in Tel Aviv that may reach as many as 1,000 participants. Time will tell the outcome of said study, but Dr. Hergenrather had a positive outlook on his observations thus far.

Both Dr. Hergenrather and Dr. Sulak’s spoke of encouraging results with their own patients.

“We’ve treated maybe 400 people with inflammatory bowel disease, [and] we’ve seen a whole range,” says Dr. Sulak. “We’ve seen people who are on biologic drugs that have been able to achieve better control when adding cannabis, and then over time get off those drugs and retain their remission. We see people who just don’t tolerate those drugs because they have a lot of side effects and they come here for alternatives, and cannabis works well. And [for some], cannabis doesn’t work.”

Dr. Hergenrather spoke of his own clinical experience, stating, “[About half of] the patients that I’m treating with cannabis seem to be able to eliminate the use of conventional medications. The use of CBD-rich strains and various blends will undoubtedly make this medicine more acceptable to a wider population of Crohn’s sufferers.”

So why doesn’t cannabis seem to work for everyone, and how can a patient know if it will work for them? Unfortunately, it seems to be a bit of trial and error.

“There’s no single approach that can specifically address the symptoms,” says Dr. Sulak. He says it’s a matter of individualized treatment for each patient, and that dosing and cannabinoids play a role. For example, he says a low does of CBD isn’t likely to help a chronic patient, whereas THCA[6] is an important cannabinoid that should be included in treatment.

Are there risks associated with cannabis use and Crohn’s?

Unfortunately, without clear evidence or treatment options that can guarantee results, using cannabis as a treatment can leave patients feeling as though they are taking a gamble with their health.

Angela Bacca[7] is a journalist with over 12 years of experience in cannabis media, business, research, and policy advocacy. She’s also been living with Crohn’s disease for 15 years.

“It’s a reaction to being lied to about pharmaceuticals for so long, I think,” said Bacca about the impulse to buy into the idea that cannabis oil is a cure-all. “What I have learned is that you can’t look at cannabis to ‘cure’ or ‘treat’ your disease the way a pharmaceutical drug promises to. Those drugs don’t either, but they usually suppress the problem—at greater long-term cost—so that you don’t have to do anything else to address your symptoms. [You’re] usually discouraged or kept in the dark about more natural things you can do to address symptoms.”

Ultimately, Bacca experienced negative consequences from believing all she needed to treat her Crohn’s was consume cannabis oil. She says there’s a lot more to non-Western healing than simply replacing drugs.

Still, Bacca feels cannabis fits into a larger picture of health, not just for those diagnosed with Crohn’s disease, but for anyone suffering from any autoimmune disease.

“There are a lot of other ways to upregulate my endocannabinoid system[8] without cannabis,” Bacca said. “You will also notice that the things that upregulate the endocannabinoid system are things everyone should do, especially if they have any sort of disease, illness, or discomfort—get sleep, get water, eat a whole food diet, avoid chemicals, get exercise, meditate, [and] manage stress.”

Bacca believes it’s time to move past asking questions such as, what strain can cure my Crohn’s disease? “That is a pharmaceutically minded way of looking at natural medicine,” she says. “Cannabis should be your gateway to herbalism and healthy living. You would be surprised how many people’s conditions reverse with clean whole food diets, herbs, exercise, sleep, and hydration. We need doctors to realize most [people] know little to nothing about cannabis because they know nothing about plants, diet, and the world around us.”

So how can patients talk to their doctors about adding cannabis to their treatment of Crohn’s? Dr. Sulak has some great advice for breaking the ice.

“My number one suggestion is always to use the word ‘cannabis’ and avoid its other name because doctors are more comfortable with that,” Sulak says. “I like to have patients say something to the extent of, ‘Would you be willing to learn more about the benefits of cannabis and whether that can help me?’ They can also say, ‘Do you understand how the potential risks and benefits of cannabis compared to some of the other treatments you’re suggesting?’”

So how can cannabis help?

So if cannabis is not a cure, and evidence for its ability to put Crohn’s into remission is inconclusive, in what ways do we know cannabis can help patients with Crohn’s disease?

“All health should be about eliminating the conditions that cause the disease state as well as treating it,” says Bacca. “No, cannabis doesn’t cure [Crohn’s], but it makes a lot of symptoms go away.”

Cannabis can relieve symptoms of nausea[9] and digestive issues, it can stimulate appetite[10] to prevent weight loss, it can relieve pain[11], and assist in getting good sleep [12]to help fight fatigue. When we look at cannabis in this light, we can see how it can greatly benefit people with Crohn’s—even if it can’t cure the disease.

Further research is needed to draw any conclusive evidence about the risks and benefits associated with cannabis and Crohn’s. Although the search for a Crohn’s cure continues, it’s worth acknowledging that cannabis can at least bring relief and a better quality of life to those suffering the disease.

Rae Lland Rae Lland is a freelance writer, journalist, and former editor for Weedist and The Leaf Online. With a focus on culture, music, health, and wellness, in addition to her work for Leafly, she has also been featured in numerous online cannabis publications as well as print editions of Cannabis Now Magazine. Follow her on Instagram @rae.lland