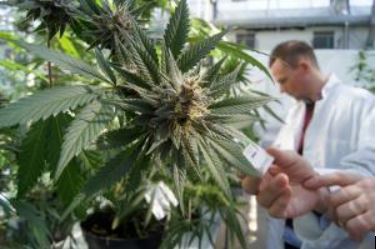 The United States government has surprisingly allowed one of its most prominent drug warriors to admit that, despite more than 40 years of pot propaganda, marijuana does actually possess medicinal qualities.

In a column published last week by the Huffington Post[1], Dr. Nora Volkow, director of the National Institute on Drug Abuse, wrote that while many compounds of the cannabis plant are beginning to show evidence of a “range of uses in medicine,” cannabidiol, otherwise referred to as CBD, “appears to be a safe drug with no addictive side effects.”

Dr. Volkow went on to say, “the preliminary data suggest that it may have therapeutic value for a number of medical conditions,” while THC’s primary purpose appears to be simply to get users high.

Although it is discouraging to see the cannabinoids[2] THC and CBD essentially separated into categories of good and evil, the federal government’s latest admission is, ultimately, a giant leap forward in the realm of nationwide pot reform. Since the signing of the Controlled Substances Act in 1970, every single component of the cannabis plant has been considered a Schedule I dangerous drug with no medical value. This, of course, has stymied the scientific and medical community’s ability to research the herb for many decades, as well as prevented farmers[3] across the nation from engaging in hemp production.

Fortunately, there appears to be some light at the end of this very long tunnel. The majority of the American population no longer buys into the government’s side winding swill of reefer madness suggesting that marijuana is just as dangerous as heroin. Not to mention, most citizens are now convinced[4] that cannabis could be used as an alternative to dangerous prescription drugs.

So now, Uncle Sam has no choice but to slowly and progressively backtrack on the issue of marijuana until the day when, “Eureka!,” the government “discovers” the plant has never posed a threat to civil society.

Across the country, 15 states have already legalized the possession and use of CBD, most of which is due to the viral stream of media attention surrounding the power of this cannabinoid in the treatment of seizures. Because of the Internet, it has now literally become impossible for the federal government to hide or cover up the healing capabilities of the cannabis plant. This has lead to more lawmakers, like Senators Diane Feinstein and Charles Grassley, coming out of the woodwork to demand that federal administrators open the gates to marijuana research, so that the nation can begin moving forward[5] in the field of cannabis medicine.

There are some concerns, however, that all of the latest attention on CBD could potentially sabotage the legalization of full plant medical marijuana and, eventually, the repeal of prohibition. Although CBD has shown miraculous potential over the past several years in the treatment of cancer, the healing of bones, and the easing of anxiety disorders, people with real-life experience using this medicine, like Brian Wilson, whose daughter Vivian consumes cannabis oil for seizures, argue that CBD alone only provides “minor” relief. Wilson told Dr. Sanjay Gupta in the documentary, WEED 2[6], that it has been essential for the benefit of his daughter’s heath to incorporate “measurable levels of THC to the mix.”

Nevertheless, it appears the federal legalization of cannabis is destined to be a process of baby steps, with the next phase likely involving looser restrictions on CBD research.

Dr. Volkow concluded her recent article[7] by stating, “NIDA will do what we can to address such barriers and expedite the study of this potentially valuable compound, as well as other components of the marijuana plant.”

Mike Adams writes for stoners and smut enthusiasts in HIGH TIMES, Playboy’s The Smoking Jacket and Hustler Magazine. You can follow him on Twitter @adamssoup[8] and on Facebook/mikeadams73[9].