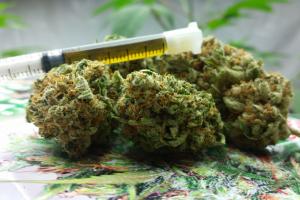 Brazil has legalized the cannabis compound cannabidiol (CBD) for therapeutic use. It’s the first major medical marijuana advancement for the South American Country. Brazil’s Health Surveillance Agency officially removed CBD[1] from the list of banned substances, meaning the marijuana molecule can now be prescribed by physicians for treating seizures, multiple sclerosis, schizophrenia and other ailments.

The country’s Health Agency officially acknowledged that CBD[2] does not inebriate or result in psychological dependence.

While Brazil[3] will not produce CBD itself, legislation is being created to allow it to be imported.

Previously, the country’s Federal Medical Council sanctioned psychiatrists and neurologists to administer CBD to kids and teens whose severe seizures could not be effectively treated by conventional medication.