Daniel Haslam Passes Away, But His Fighting Spirit to Legalise Marijuana Continues

I met Dan Haslam on November 20th, 2014, the first time I had ever been to Australia. He came to a dinner arranged to acquaint the speakers and organizers of the Inaugural Australian Medicinal Cannabis Symposium, which took place in Dan’s hometown of Tamworth.

I was lucky enough to sit next to him for around an hour, where we talked about his experiences as well as light-hearted subjects. Although it was a relatively short introduction, Dan’s strength and courage was abundantly apparent. He was also a truly humorous individual who maintained his happy personality even in the face of hardship.

“We need to honor his fighting spirit and continue his legacy. We will keep fighting for medical cannabis to make it freely available to people who need it.”

Dan passed away on February 24th, 2015. He was diagnosed with bowel cancer in 2010 at the age of 20, and began using cannabis to cope with the side effects of chemotherapy. The plant medicine was remarkably effective at relieving the side effects of Dan’s treatment, as well as improving other symptoms of his cancer.

Despite the challenges that Dan endured, he never gave up in fighting for his own life and the lives of other medicinal cannabis patients. He almost single-handedly changed the nature of the cannabis conversation in Australia. 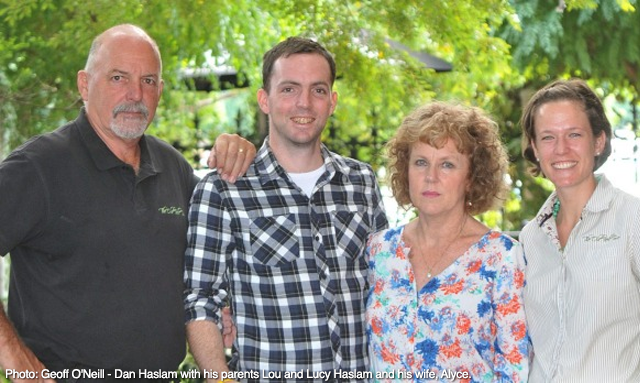 New South Wales, the largest territory in the country, now already has a Terminal Illness Cannabis Scheme that protects both terminally ill patients and caregivers from prosecution. The Regulator of Medicinal Cannabis Bill 2014 is currently under consideration, which would establish rules for the production and use of medicinal cannabis.

Things in Australia are changing fast. It is hard to imagine that any of this would be happening without Dan, whose story only went mainstream in June 2014. Dan’s parents Lou and Lucy, along with his wife Alyce, are determined to keep helping other people.

“Our amazing Dan has set the path for a journey we intend to finish. We need to honor his fighting spirit and continue his legacy. We will keep fighting for medical cannabis to make it freely available to people who need it,” the family stated.

The movement to allow medicinal cannabis use has undoubtedly been reinvigorated by Dan’s courage. His experience will help change Australia and the world. I cherish the moments I had with Dan, and my thoughts are with his family during this sorrowful time.