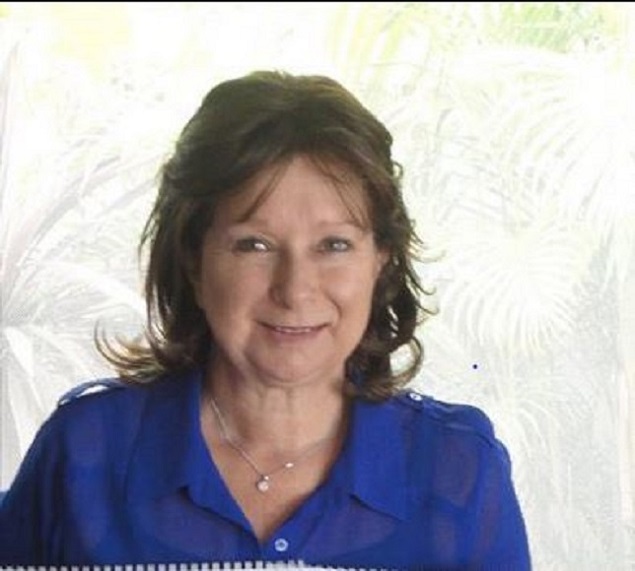 When 54-year-old wife and mother Sharon Kelly began experiencing sharp pains on the left side of her body near her ribs, she thought it was a result of a strong massage she’d had sometime earlier, and failed to give it much thought. After several days passed and the pain failed to subside, she began to think she might be suffering from something more serious, and as it turns out, she was right.

Only a few days after noticing the pain, Kelly was diagnosed with non-small-cell lung cancer, and in the weeks to come, her prognosis only worsened. Kelly was told that the cancer in her body had made its way to her lymph nodes and the lining of her stomach, and that she could expect to survive for somewhere between six and nine months. Understandably devastated by the news, she pleaded with her doctors to start treatments like radiation or chemotherapy in hopes of changing her prognosis.

She was informed that radiation and chemo were not valid treatment options for a patient with stage four lung cancer, as they would likely only make her sicker, and that “…the horse had bolted and was way too late to do anything.” Instead, they urged her to return home to her family and live out what was left of her life as enjoyably as possible.

After several months of inaction from her doctors, Kelly all but ordered that something else be attempted. Reluctantly, her medical team chose to begin chemo about two months after her initial diagnosis. After two months of chemotherapy treatment, Kelly received yet another blow when she tested positive for an EGFR mutation, which affects about 15 percent of American lung cancer sufferers. The presence of the mutation meant she could no longer undergo traditional chemotherapy treatments, and would instead begin taking a chemo tablet known as Tarceva.

The doctors didn’t place a lot of hope in the Tarceva treatment, however, and told Kelly that at best, it would slow down the spread of her cancer. She was told to expect the cancer to return in time, and possibly return more severe than before. All but resigned to live out what was left of her life, Kelly returned home, dejected and devastated. 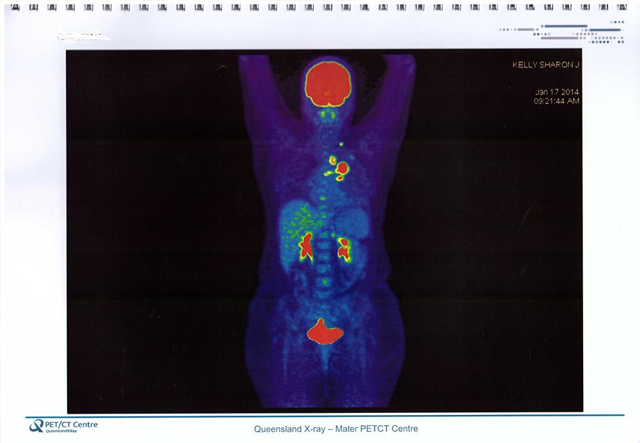 Without adequate help from the medical community, Kelly’s youngest daughter turned to the internet and began reading numerous testimonials from cancer patients who had found relief with cannabis oil, an alternative treatment method used by many chronic-disease sufferers. With nothing left to lose, Kelly decided to try it for herself, and began taking a small dose orally several times a day.

“Now, 13 months after her initial diagnosis, Kelly remains cancer-free, and credits the use of cannabis oil for not only her otherwise unexplained recovery.”

After noting how tired she became after taking the oil orally, she began researching cannabis suppositories, or drug-administration systems that are inserted into the rectum, vagina or urethra. She found that this method didn’t make her tired, and that it allowed her to take the full recommended dose without complication.

She eventually upped her dosage to two grams per day, and paired the treatment with an alkalizing, clean-eating diet. Within a few months, her tumor had shrunk from 5cm to 2.1cm and her lymph nodes had retained their normal size. Her doctors noted the fluid surrounding her heart was also no longer visible.

After seven months of cannabis oil treatment, Kelly’s scans indicated she was completely cancer-free, shocking her oncologist and others familiar with her case. Now, 13 months after her initial diagnosis, Kelly remains cancer-free, and credits the use of cannabis oil for not only her otherwise unexplained recovery, but also her ability to live out the rest of her life amidst the love and comfort of her family.