An advisory board voted Wednesday to add eight health conditions — including chronic pain syndrome, autism, osteoarthritis and post-traumatic stress disorder — to the list of illnesses that can be treated by medical marijuana in Illinois.

The state’s Medical Cannabis Advisory Board had expressed frustration last... 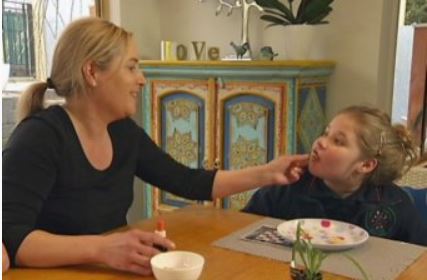 A Tasmanian mother illegally using medicinal cannabis has ruled out participating in the New South Wales trial of the drug.

The Tasmanian Government is finalising its involvement in the trial and has offered to supply participants from the state.

However, that could prove difficult, with some parents who use the drug to treat their seriously ill children refusing to put them at risk.

Hobart mother Nicole Cowles treats her nine-year-old daughter Alice's life-threatening seizures with cannabis oil, even though it is illegal.

She will not allow her to be part of the trial.

"The risk of being given a placebo, or sugar water more or less, is terrifying especially, when her seizures are so life-threatening and so well controlled now in comparison to how they ever have been," Ms Cowles said.

Premier Will Hodgman had previously nominated Alice as a candidate for the New South Wales trial, but Ms Cowles said she had not been approached.

"I think possibly they may be struggling to get the numbers for the trials. There is a place for trials but I wouldn't put my own daughter into the trial going ahead in New South Wales," she said.

She is calling for Tasmania to take a more "patient-focussed" approach.
Call to put money on the table

The State Opposition has called on the Government to do more to help Tasmanians using the drug illegally for medical purposes, including for seizures and terminal illnesses.

Labor's Lara Giddings also questioned what role Tasmania would be able to play.

"There are also concerns that the New South Wales trial is too narrow."

Treasurer Peter Gutwein said Labor had failed to act on the issue during its 16 years in government.

"We are taking a strategic, compassionate national approach to this issue," he said.

It was only a matter of time. A class-action lawsuit was filed on October 5 in Denver District Court against LivWell, Inc., its subsidiaries, affiliates, partners, joint venturers, and other legal associations or entities owned or controlled by it. LivWell operates eleven (11) retail marijuana dispensaries and is one of the largest cannabis grow...

Cannabis consumption, both for medical and recreational purposes, can be a divisive issue for many doctors. Now, the American Academy of Family Physicians (AAFP), representing over 100,000 family physicians (as well as students and residents), has taken a stand on the issue, and made their opinion clear.

On Wednesday, the AAFP held their annual Cong...