Victoria to grow its own medical marijuana

But the push - underpinned by a landmark report by the Victorian Law Reform Commission - hinges on the agreement of the Turnbull government, which is a signatory to international rules covering the cultivation and manufacture of cannabis.

As revealed in The Age last month, a landmark study by the commission recommends a strictly controlled licensing scheme to produce medicinal cannabis, similar to the system for growing poppies.

Under the report's 42 recommendations - almost all of which will be adopted in full by the Andrews government - licensed cultivators and manufacturers will be able to produce a range of cannabis products, including oils, tinctures, capsules, sprays and vaporisable liquids.
Advertisement

These products will be sold at pharmacies, but only when authorised by a specialist doctor in a manner similar to the methadone program.

But the report stressed medical marijuana will not be legally available in a smokable form.

The commission's chairman, Philip Cummins, said the recommendations had been driven by compassion for those dealing with debilitating conditions who have no effective medical relief.

The government will begin a cultivation trial at a Victorian research facility. An independent medical advisory committee will also be set up to provide advice about expanding eligibility to further patient groups.

An office of Medicinal Cannabis will be established inside the Department of Health and Human Services to oversee the manufacture, dispensing and clinical aspects of the framework.

Premier Daniel Andrews said it was one of his proudest days in politics.

"I've seen first hand how medicinal cannabis can change people's lives," he said. "This landmark reform means Victorian families will no longer have to decide between breaking the law and watching their child suffer."

The report follows a pledge by Mr Andrews before the 2014 election to legalise medicinal cannabis, although he has stressed he does not support legalising marijuana for recreational use, or allowing it to be smoked to relieve medical conditions.

The decision also follows concerns about the quality of illegally-sourced medical cannabis oil.

Victoria is participating in a trial being undertaken in NSW. But specialist commissioner Ian Freckelton said the commission formed the view it was not appropriate to wait until the trial was completed.

"We were satisfied on the basis of those whom we met, many of whom had utilised medicinal cannabis to their advantage, and on the basis of research evidence, that it is an appropriate time for this modest step to be taken to alleviate suffering," he said.

Dr Freckelton also said the plan to cultivate medicinal cannabis in Victoria would need federal government support, although it will not require federal legislation.

"The Commonwealth is the signatory to an important international convention in relation to narcotic drugs and so it is fundamental that Australia, including Victoria, comply with its international obligations in that regard," Dr Freckelton said.

The commission has also flagged small changes to traffic laws to potentially allow people who have been legally prescribed medicinal cannabis to legally drive with the drug in their system.

written by Josh Gordon
State political editor for The Age

The Victorian Government is set to be the first state to approve medical cannabis as the New South Wales Governments ramps up its attack on cannabis users with a tripling in roadside drug tests.

The Victorians are expected to announce today what law changes are necessary to legalise medicinal cannabis for use in exceptional circumstances.

Premier Daniel Andrews made a pre-election promise to bring about the changes, and asked the Victorian Law Reform Commission to advise on how to amend laws so people could safely access quality medicinal cannabis.

Meanwhile in NSW, cannabis users can expect further harassment with NSW Police announcing they will be tripling the number of roadside drug tests to 97,000 tests annually, and rolling out dedicated drug-testing vehicles to every NSW region.

Hemp Embassy president Michael Balderstone said the roadside drug testing regime was already having a massive impact on people who used cannabis as a medicine.

Steve Bolt, from Lismore law firm Bolt Findlay Lawyers, has told Echonetdaily that the local court system was becoming clogged with drivers picked up by the tests.

Mr Bolt said a recurring theme in court was drivers admitting to having smoked cannabis, but not for days.

Even local magistrates have questioned the effectiveness of the regime, pointing out that THC, the active ingredient in cannabis, stays in the system for days, if not weeks, with no evidence of impairment.

And while those convicted might be let off lightly with no conviction recorded if they have a good driving record, or with a short suspension, Mr Bolt said the worrying thing for many people was that a second detection could lead to a lengthy disqualification.

‘There is almost zero public transport in our area, and many of them live a distance from the main area where they work and take their kids to school,’ Mr Bolt told Fairfax media.

‘I think this testing is completely misguided and a waste of resources.’

Echonetdaily has previously reported that up to a third of ‘positive’ roadside tests conducted by police in recent operations had resulted in negative results once the driver was re-tested at the drug bus.

But more worrying for many drivers is the fact that police are tagging vehicles whose drivers have returned a positive result in the past.

Mr Balderstone said he had spoken to a number of people who had been pulled over numerous times since an initial test.

‘Once you’ve been busted once then you’re tagged and the next time you will lose your licence,’ he said.

‘The result of this is that otherwise law-abiding citizens are either turning to different drugs which cannot be detected, increasing their use of prescription drugs like codeine, or simply staying at home.’

He said the roadside test was for 10ng/ml THC whereas workplace testing, like a crane driver, was for 50ng/ml.

‘The police say because its illegal any amount is a bust and the charge is not about impaired driving at all, the court charge is THC in your system while driving.

He pointed out that Colorado and other American states with legal medical cannabis had seen a drop in car accidents, alcohol use, opiate overdoses and suicides.

‘They test for impairment by walking in line or whatever, easy to see if someone is impaired once they get out of the car.’

‘The problem with those trials is that they will take up to five years and in the meantime people are still desperate to access medical cannabis because they know it works,’ he said.

He said the Hemp Embassy at Nimbin continued to be inundated with calls from all over Australia from people desperate to get their hands on tinctures or oils to treat illnesses.

‘We’re talking people with cancer, or with children with autism or epilepsy, who have had no success with pharmaceutical drugs,’ he said.

‘These are the people who will get picked up in the nets being set for the drivers using things like Ice.

He said it was time for local police to make a stand and make their views known to their superiors.

‘I know for a fact that local cops are embarrassed because this testing has nothing to do with impairment,’ he said.

‘It’s just a rort and creates more disrespect for police.’

But senior police appear determined to continue with the testing regime.

Assistant Commissioner John Hartley, the commander of the Traffic and Highway Patrol Command, told Fairfax media that the tests were ‘a strong program aimed at deterring people who take illegal drugs from driving a motor vehicle’.

‘Between 2010 and 2014, 14 per cent of all fatalities involved a driver or rider with an illegal drug in their system,’ he said.

And Bernard Carlon, the acting executive director of the Centre for Road Safety, said drug-driving was a serious problem across the state, with one in three tests this year returning a positive result, compared to one in 300 alcohol tests.

‘This is why we’re stepping up the fight against drug-driving.’

This included tripling roadside drug testing to 97,000 tests annually, and rolling out dedicated drug-testing vehicles to every NSW region.

Mr Balderstone said it was time for NSW politicians to stop having a bet both ways on the cannabis issue. 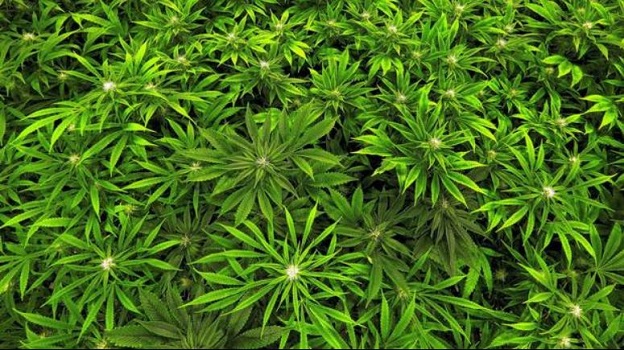 A LAW Reform Commission report on how to introduce medicinal marijuana will be tabled in the Victorian parliament on Tuesday.
"We support medical trials, we have to see the report but in principle we support it," Liberal leader Matthew Guy told reporters.

Greens upper house MP Colleen Hartland said Victoria should also take the next step and grow its own marijuana crops.

"The logical thing would be growing it here and distilling it here so we know what the quality is," Ms Hartland told reporters.

She said Victoria was also developing a poppy industry and medicinal marijuana could be grown alongside.

PITTSBURGH, PA — The use of marijuana by adolescents and young adults, including self-reported chronic use, is not positively associated with poorer quality of life outcomes later in life, according to an assessment of longitudinal data published in the journal Drug and Alcohol Dependence.