While the preclinical research appears promising, it’s important to note that preclinical research doesn’t always translate into clinical efficacy; although, anecdotal reports of success do lend themselves to the idea of promise. Additionally, treatments are made more complex by the wide spectrum of ASD and the genetic conditions associated with it.[1, 2] Specific cannabinoids and ratios of cannabinoids (as well as terpenes and flavonoids) that offer the most therapeutic value may vary on an individual case by case basis.

Preclinical research does not yet provide clear cut answers in regards to how to target the endocannabinoid system to treat ASD. CB1 and CB2 blockade decreased cognitive deficits and anxiety, respectively, in some FXS models.[2, 10] Other models indicate the beneficial aspect of combating neuroinflammation via CB2 activation.[9, 5] Many of the symptoms associated with ASD are treated via CB1 activation as cited in the previous article of this installment. The NL3 models indicate a benefit from increasing endocannabinoid levels.[1] NL3 mutations and FXS both have a wide spectrum of dysfunction, the degree of which is different in every patient. [1, 2] Therefore, each patient may display varying ECS dysfunctions and, in turn, require varying ratios of cannabinoids for therapy. This is why it may be important to have access to a selection of cannabis varieties with known ratios of cannabinoids present (primarily CBD:THC).

When considering a cannabis treatment for an underage patient and/or a developing brain there may be adverse effects from cannabis treatments that should be considered. Acute and chronic administration of delta-9-tetrahydrocannabinol (THC) has been demonstrated to cause mild cognitive deficits related to memory and learning via CB1 activation in healthy brains in some mouse models.[8]

“According to anecdotal reports, an increased ratio of THC is required to increase the efficacy of some treatments. The range seems to vary significantly from 24:1 to 1:1 (CBD:THC) with fewer outlying cases reporting success from higher THC ratios.”

While this characteristic is not to be downplayed or overlooked, it should be pointed out that low doses of THC also activate preconditioning and post-conditioning mechanisms that protect the brain from more severe insults.[8] This may be relevant because autistic brains are more vulnerable to environmental toxicity, oxidative stress, neuroinflammation, and neuronal insults.[4] That being said the possibility of adverse effects from cannabinoid therapies should be considered in pediatric patients. This is due to the concern of the unknown impact that cannabis treatments, particularly THC, has on a developing brain.

An argument could be made that botanical extracts with cannabidiol (CBD) present might offer safer options for patients, with greater clinical efficacy, when compared to THC alone.[7] This is partly why having access to CBD is important to ASD therapies, but it offers much more therapeutically than simply increasing the safety and efficacy of THC.[3]

When is Cannabis Therapy the Right Choice?

While these articles cannot be taken as professional medical advice, the authors agree that based on the available data, generally speaking cannabis based therapies might only be warranted in the most severe cases of ASD, and only as a last-line therapy under the guidance of a qualified physician. 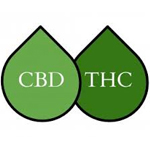 If a patient has a form of ASD that is truly severe, is unresponsive to available treatments, and the patient’s condition will deteriorate if no therapy is implemented, we believe that their family and physician should be legally permitted to make the decision as to whether botanical extracts from cannabis may be a viable option for treatment. Additionally, having access to both CBD and THC is optimal for the success of a cannabis therapy for ASD.

A Practical Approach to Cannabis Therapy

How can combinations of cannabinoids be put into practical use by individual families? For our purposes let’s review the anecdotal reports of cannabinoid based treatments currently being utilized in ASD as well as pediatric epilepsy. This might be a good comparison due to the range and complexity of both conditions and similarities in genetic dysfunctions. CBD-only extracts continue to prove effectiveness in treating many types of epilepsy, but not all.[6] According to anecdotal reports, an increased ratio of THC is required to increase the efficacy of some treatments. The range seems to vary significantly from 24:1 to 1:1 (CBD:THC) with fewer outlying cases reporting success from higher THC ratios.

Due to the range of ASD it seems possible that, similar to cannabinoid-based epilepsy treatments, varying ratios of cannabinoids (specifically CBD:THC) will prove to have a greater efficacy overall when compared to individual cannabinoid based treatments. The greater the ability to adjust the cannabinoid ratios the more optimal the conditions are to achieve therapeutic value. Though, generally speaking, they’re predominantly extracts that are high in CBD content.

“In ASD treatments, a first line of action to approaching a cannabis therapy might be to try a particularly high CBD ratio.”

The ability to procure various ratios of cannabinoids in order to specifically tailor therapies may prove paramount to the effectiveness of treatments. Generally when parents find a strain or ratio that works well for them they try and stick with it. There are numerous cannabis varieties with varying ratios of cannabinoids in the majority of medical cannabis States. Seeking out plants that have been used in other ASD or epilepsy treatments might be a good first step.

As future research is published we may see advances in the treatment of ASD by targeting the ECS. Until then we remain largely in the dark with possible glimmers of hope on the horizon. The mere possibility of combating ASD is enough for some families to explore cannabis as a treatment option, generally families unable to wait for possible future advances.

The question of when it becomes acceptable to provide a cannabis based treatment to a pediatric patient is complicated and loaded with moral and legal implications. The wide spectrum of ASD, the uncertainties in regards to targeting the endocannabinoid system for this treatment, and the possible adverse effects of THC therapy in pediatrics, all lend to the complexity of the issue.

In States with approved medical cannabis programs, it’s imperative that ASD be added to their lists of qualified medical conditions for approval of cannabis licenses. Parents and physicians should have the right and legal protection to explore cannabis as a treatment option, especially as a last-line therapy in ASD.

There are 10 references in this article. Click here to view them all.