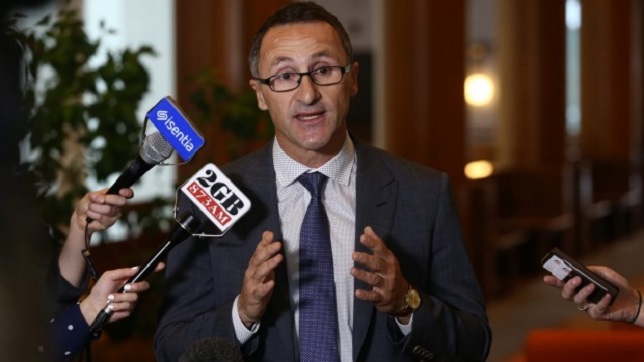 Senators from across the political divide will endorse a bill to legalise medical marijuana despite warnings it could create a regulatory nightmare.

Fairfax Media can reveal that a committee made up of Coalition, Labor and crossbench senators will strongly recommend that Parliament pass a cross-party bill to set up a medical marijuana regulator.

Spearheaded by Greens Leader Richard Di Natale​, the Regulator of Medicinal Cannabis Bill would effectively make the federal government responsible for overseeing the production, distribution and use of the drug.
Advertisement

The bill was introduced into Parliament last November and sent to a committee in February. After conducting public hearings around the country and attracting almost 200 public submissions, the committee is due to deliver its report on August 10.

Sources say the committee will back the bill despite strong concerns from the Health Department.

In its submission to the committee, the department said the bill would set up a new regulatory system that would create "complexity and uncertainty" and potentially clash with the Therapeutic Goods Act.

Department secretary Martin Bowles warned the bill left important legal and practical issues unidentified or unresolved, "leading to the risk of regulatory gap, overlapping laws and a lack of clarity about the exercise of jurisdiction by agencies and possible inconsistency with other existing laws".

The department also warns the bill could contravene some of Australia's international obligations under the Single Convention on Narcotic Drugs.

But sources say the department is just "flexing its muscles" because it doesn't like the idea of an independent regulator it cannot control.

Senator Di Natale last month conceded there were obstacles to the bill but insisted none of them were insurmountable. He pointed out other countries had managed to legalise medical marijuana without falling foul of the single convention, and said Australia could do the same.

The regulator is necessary because the Therapeutic Goods Administration was set up to process pharmaceutical products and is not equipped to deal with approvals of herbal medicines, he says.

A recent survey by Palliative Care Australia found more than two-thirds of Australians now back the use of medical marijuana. Just 9 per cent of people oppose it.

Prime Minister Tony Abbott last year threw his support behind the legalisation of the drug.

What Makes the SWITCH Different from Any Other Vaporizer?

Santana on His ‘Smooth’ Move Into the Cannabis Market

Cannabis Compound Could Be Weapon in Fight Against Superbugs

A global history of weed and sex

Legal cannabis in Nepal? It could happen