Cannabidiol (CBD), a major non-psychotomimetic constituent of the cannabis plant, protects against cocaine-induced seizures, according to a study published by the U.S. National Institute of Health, and published in print by the journal Neurotoxicology.

“[Cannabidiol] has therapeutic potential for certain psychiatric and neurological...

The National Cancer Institute’s page for Cannabis and Cannabinoids now lists several preclinical trials and studies in which the compounds have shown beneficial medical applications. While these merits come as no surprise for many, the real shocker here is Marijuana still being listed as a Schedule I substance in the eyes of the DEA.

The National Cancer Institute (NCI) is the United State’s primary agency in which cancer research and training is conducted. They are part of a larger umbrella of governmental agencies that comprise the Department of Health and Human Services (HHS). The NCI is largely responsible for the running the National Cancer Program, providing cancer-related information to the public, as well as developing programs and recommendations for the diagnosis, prevention, and treatment of cancer.

Now listed on the the NCI’s Cannabis and Cannabinoids page, which is assumed to be the United State’s official position regarding Marijuana’s potential application in treating cancer, are the following facts:

The page also discusses several other potential medical applications for Cannabis and Cannabinoids such as pain relief, appetite stimulation, as well as it being an effective treatment for nausea, anxiety, and depression.

The NCI’s page on Cannabinoids and Cannabis as a treatment for cancer gives the impression that the currently schedule I substance, Marijuana, holds tremendous potential for medical applications.

The DEA, however, still seems to object to such promising applications as the offical stance of that department is that Marijuana is dangerous; “with no currently accepted medical use and a high potential for abuse. Schedule I drugs are the most dangerous drugs of all the drug schedules with potentially severe psychological or physical dependency.”

It should be noted that Cocaine, is listed as a Schedule II substance; viewed by the DEA has having less potential for harm than Marijuana–which is now viewed by the NCI as being a potential Cancer treatment. Follow that logic; we couldn’t.

The National Cancer Institute’s listing of Cannabis and Cannabinoids as holding tremendous potential for medical applications, particularly as treatments for cancer, clearly contradicts the DEA’s position regarding the Schedule I status of Marijuana. It seems that no one can manage to get on the same page regarding Marijuana, leaving many still pulling from impressions of Reefer Madness to form their opinions. 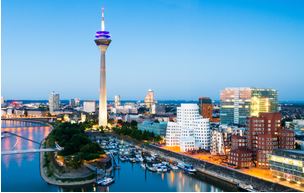 Lawmakers in Düsseldorf, the 7th most populous city in Germany, have agreed to move forward with a plan to establish a recreational cannabis pilot program, which will allow cannabis to be grown and distributed to adults. Berlin, Germany’s largest city, is planning a similar program.

The move is being pushed by a...

Residents of Oregon will just have to deal with the odor of marijuana if a neighbors pot smoke happens to come wafting into their homes. An Oregon Court of Appeals decided on Wednesday that the smell of burning cannabis was no more “unpleasant” then many other......