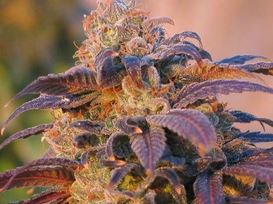 Sen. Elizabeth Warren (D-Mass.) wants to make it easier for government-paid researchers to study marijuana – and not just its negative side effects.

Eight Democratic senators, led by Warren, are urging federal health and drug officials to address the “data shortfall” on potential health benefits of...

$33.7 million gift to the University of Sydney for medicinal cannabinoid research 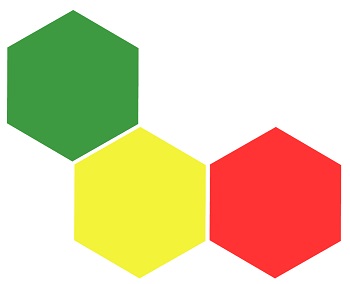 A $33.7 million gift to the University of Sydney places Australia at the forefront of medicinal cannabinoid research.

“Our vision is to make Australia a world-leader in researching how to realise the powerful medicinal potential of the cannabis plant,” said Barry Lambert, who together with his wife Joy, has funded the Lambert Initiative.

“The experience of our granddaughter, who suffers debilitating epilepsy, has opened our eyes to the extraordinary possibility of cannabinoids treating not only her condition but a range of chronic illnesses that often don’t respond to conventional treatments.

“We believe this investment in the future of Australian science and medicine will provide the much-needed evidence to rapidly advance the use of medicinal cannabinoids in the treatment of childhood epilepsy and other serious illnesses.”

The donation is the largest gift ever made to research at the University of Sydney.

“The Lamberts’ unprecedented gift holds the promise of achieving innovative and effective new medicines to alleviate the suffering of countless numbers of people,” said Dr Michael Spence, Vice-Chancellor of the University of Sydney.

“It enables research across a broad range of applications from addiction, cancer, obesity, childhood epilepsy and chronic pain to dementia and mental health disorders. Their generosity recognises the University’s commitment to cross-disciplinary research that can achieve life-changing outcomes. It is our privilege and responsibility to respond.

“A world-first in the extent of its support for medicinal cannabis research, it places Australia in the front rank of countries, such as the Netherlands, the United States and Israel, leading the world in this new era of cannabinoid science.”

The Lambert Initiative funds a multi-year program to build on the University’s extensive clinical and scientific cannabinoid-related expertise to ultimately produce cannabinoid-based medicines.

NSW Premier Mike Baird has congratulated the University of Sydney on the significant initiative and applauded the generosity of the Lamberts.

“NSW is breaking new ground in terms of medical cannabis research and this major investment confirms our state’s leadership in this area,” Mr Baird said.

“The Lamberts’ investment gives our cause enormous momentum and my hope is it dramatically increases the cross-sector knowledge sharing required to ultimately produce cannabinoid-based medicines that are safe, reliable and affordable.

“I recently met with the lead investigators of the Lambert Initiative and am pleased that they are already embedded in our clinical trials.”

A priority of the Initiative will be to understand how cannabidiol (CBD) works to treat paediatric epilepsy and to explore the potential of the nine other cannabinoids, currently identified as of greatest therapeutic interest, to address the condition.

The strategy will go on to determine which of these cannabinoids hold the greatest promise in treating specific diseases and, using rigorous, high-quality evidence, move them towards human clinical trials.

From the start the Initiative will undertake medicinal chemistry to drive the creation of new highly targeted medications based on its emerging understanding of how cannabinoids treat disease. At the heart of the program will be sharing such knowledge with the public, government and medical professionals with both outreach and education.

The lead investigators of the Lambert Initiative, from the Faculty of Science and Sydney Medical School, with decades of cannabinoid research between them, are Professor Iain McGregor, Associate Professor Nicholas Lintzeris and Dr David  Allsop.

“We have all devoted our careers to cannabis science, one of the fastest moving frontiers in pharmacology. We now know there are more than 100 different compounds we call cannabinoids, many of which have incredible therapeutic properties that we are only beginning to understand,” said Professor Iain McGregor.

“The Lambert Initiative allows us to gather the key science researchers and clinicians from Australia and worldwide to work within, or in association with, the Lambert Initiative. Much of the research will happen on-site at the University of Sydney but it will also support and promote specialist researchers throughout Australia to encourage them to undertake collaborative cannabinoid-related research.

“We have also made a flying start by becoming embedded in the NSW government’s sponsored clinical trials of medicinal cannabis, offering our unique cannabinoid clinical trials expertise, including exploring its safety and effectiveness for treating paediatric epilepsy.”

(Source: The University of Sydney) 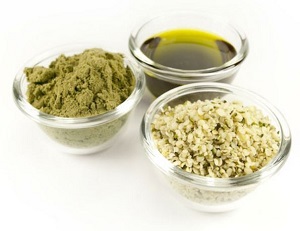 An example of hemp food derivatives from hemp.com.

A controversial proposal to use industrial hemp in food is high on the agenda of a meeting between Australian and New Zealand government ministers in Hobart on Friday.

The Food Regulation forum will consider a range of matters, including an argument broadly supported by farmers that hemp oilseed is safe for consumption and has no psychoactive effects.

Industrial hemp refers to varieties of cannabis that contain very low levels of delta-9-tetrahydrocannabinol and at the allowable threshold have no drug-inducing effects.

According to the company, ‘In 2012, FSANZ ((Food Standards Australia and New Zealand) recommended that hemp be approved as a food source.

‘The FSANZ report stated that it was satisfied that low THC Hemp foods are safe for consumption when they contain no more than specified maximum levels of THC. 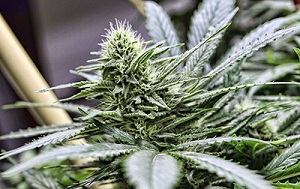 The nation's top medical organization released a major series of papers on medical cannabis last week in the Journal of the American Medical Association, in a move that constitutes a small step for the AMA, but a giant leap in cannabis medical history.

In five key papers, teams of researchers systematically reviewed dozens of clinical studies of marijuana, speaking in clear language that the "use of marijuana for chronic pain, neuropathic pain, and spasticity due to multiple sclerosis is supported by high-quality evidence."

The review validated what doctors and patients in California have risked their freedom to say for twenty years. The findings also directly refute critics who maintain that "marijuana is not medicine."

"They concluded cannabis is useful," said Dr. Frank Lucido, a Berkeley physician who specializes in cannabis. "I don't think a single study didn't show benefit. ... I think it was very positive."

"It is somewhat affirming to see this come out," said Clint Werner, best-selling author of Marijuana: Gateway to Health. "It's invalidating that talking point that 'it's just a Cheech and Chong show.'"

"What's driving this is a tremendous cultural shift that's preceding the political shift," said Martin Lee, of author Smoke Signals. The AMA is acknowledging "what's been known for 5,000 years."

The AMA actually opposed federal cannabis prohibition in 1937. After losing that round, most doctors have toed the Drug War line ever since. "It's great that they have finally acknowledged there's some medicinal value in cannabis, but the whole thing is so pathetic," Lee said.

Most major news media outlets, however, have spun the JAMA papers negatively, embracing the narrative that many uses for medical pot are still based on poor science. News reports noted that of one of the JAMA studies found that "there was low-quality evidence suggesting that cannabinoids were associated with improvements in nausea and vomiting due to chemotherapy, weight gain in HIV infection, sleep disorders, and Tourette syndrome."

News outlets also pointed to another review that found that "there is some evidence to support the use of marijuana for nausea and vomiting related to chemotherapy, specific pain syndromes, and spasticity from multiple sclerosis. However, for most other indications that qualify by state law for use of medical marijuana, such as hepatitis C, Crohn disease, Parkinson disease, or Tourette syndrome, the evidence supporting its use is of poor quality."

Cannabis experts say the problem with some of the conclusions in the JAMA studies, and the reporting about them, is that they fail to own up to the main reason why study quality has often been poor: the systematic blockade on pot research. For decades, the federal government has refused to authorize research on the medical benefits of cannabis. As a result, the inconclusiveness of some of the research is more a reflection of the federal ban than of the medical effectiveness of pot. "You know how incredibly hard it is to do research that is intended to confirm benefits of cannabis?" said Warner. "It's impossible. We still have a huge catch-22."

The AMA researchers also fail to acknowledge the real world benefits reported by patients. For example, about one in twenty California adults (1.4 million) have used medical cannabis for a "serious" condition and 92 percent of them have reported that it worked. "We have plenty of evidence that it helps for a lot of things," Lucido said. "We should always do more research. But we shouldn't stop people from using it in the meantime."

But the AMA researchers didn't compare the adverse side effects of cannabis to those of competing analgesics and anti-inflammatories. Painkiller overdoses are America's leading epidemic. Ibuprofen, for example, regularly causes kidney failure. But those facts were not mentioned in the JAMA studies. "A full third of the Physician's Desk Reference is adverse effects, including death," Lucido said. "Cannabis has about ten adverse effects, at least two of which are often desired."

Still, as half-hearted and equivocal as the JAMA papers were, they contributed to a rising tide of mainstream validation for cannabis that's washing away its prohibition.

"Culturally, the fight is over. We won," Lee said. "The pro-cannabis side has conquered the culture. Now politics is catching up."