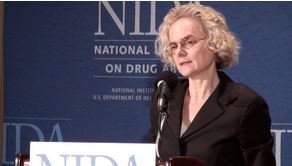 Nora Volkow, the director of the National Institute on Drug Abuse (NIDA), says that cannabidiol (CBD) – a compound found in cannabis – is “a safe drug with no addictive effects.” The comments were made in an op-ed for The Huffington Post.

“[P]reliminary data suggest that [cannabidiol] may have therapeutic... 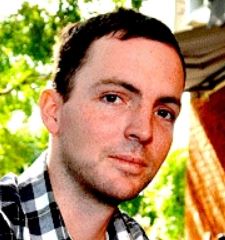 Thirty terminally ill people being cared for by Newcastle's Calvary Mater Hospital will take part in a new trial of medical cannabis, the government announced on Monday.

University of NSW researchers will work with the hospital patients to examine what effects vapourised cannabis leaves and a form of pharmaceutical cannabis medication will have on people who are dying of cancer and suffering symptoms including fatigue, nausea and insomnia.

Premier Mike Baird and Minister for Medical Research Pru Goward announced on Monday that the trial would be undertaken by palliative care specialist Meera Agar, who is also a conjoint associate professor at the University of NSW.

Associate Professor Agar said the trial was exciting because it would first of all examine whether vapourising cannabis leaf would allow the beneficial effects of cannabis on appetite to be very quickly felt by the body, but without some of the toxic side-effects of inhaling smoke.
Advertisement

"This is a question that is very important to the people that are providing clinical care, because consumers have said it is the clinical issue that really distresses them," she said. "It's such an important area of care for people with cancer - food is a social event, it's not just a clinical issue, so it's a much more far-reaching problem than the other clinical issues we deal with on a day-to-day basis".

Three trials, costing $9 million all up, were announced in December last year by Premier Mike Baird after the tireless campaigning of Dan Haslam, who died in February from bowel cancer, and his family, along with other people with medical conditions that could benefit from access to the drug.

Fairfax Media reported last month that a private donation to Sydney University of more than $30 million will allow further research into the medical applications of cannabis.

As well as the Newcastle trial for people with terminal cancer, the effects of the drug will be examined in children with severe, drug-resistant epilepsy and adults with nausea from chemotherapy.

Mr Baird said the trials would position NSW as a world-leader in research into cannabis and terminal illness as well as help alleviate suffering.

"We do not want patients or carers having to play pharmacist - that is why it is so important to explore the safest and most effective ways we can deliver compassionate care and improve the quality of life," he said.

Associate Professor Agar said her trial would comprise two parts. First, the group of 30 patients would be treated using the vapourised leaf to measure the effect on their symptoms.

It would also assess whether patients put off by the idea of using cannabis found it more acceptable.

"It wouldn't be every patient [who enquires about cannabis], but it is very common, especially for symptoms for which there aren't other treatments that are very efficacious," she said.

"But equally, there is a group of patients that will be very hesitant ... especially elderly people who might be just as troubled by appetite problems but might be less willing to give it a go".

"If it does actually work we want it to be accessible to everyone".

The cannabis drug could be developed by an existing medical cannabis drug manufacturer, based on the results of the first stage of the study, or the team might develop the product themselves, she said. 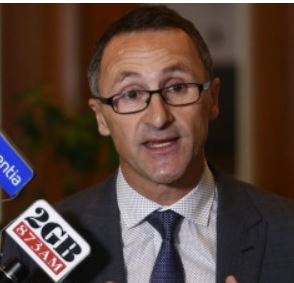 Senators from across the political divide will endorse a bill to legalise medical marijuana despite warnings it could create a regulatory nightmare.

Fairfax Media can reveal that a committee made up of Coalition, Labor and crossbench senators will strongly recommend that Parliament pass a cross-party bill to set up a medical marijuana regulator.

Spearheaded by Greens Leader Richard Di Natale​, the Regulator of Medicinal Cannabis Bill would effectively make the federal government responsible for overseeing the production, distribution and use of the drug.
Advertisement

The bill was introduced into Parliament last November and sent to a committee in February. After conducting public hearings around the country and attracting almost 200 public submissions, the committee is due to deliver its report on August 10.

Sources say the committee will back the bill despite strong concerns from the Health Department.

In its submission to the committee, the department said the bill would set up a new regulatory system that would create "complexity and uncertainty" and potentially clash with the Therapeutic Goods Act.

Department secretary Martin Bowles warned the bill left important legal and practical issues unidentified or unresolved, "leading to the risk of regulatory gap, overlapping laws and a lack of clarity about the exercise of jurisdiction by agencies and possible inconsistency with other existing laws".

The department also warns the bill could contravene some of Australia's international obligations under the Single Convention on Narcotic Drugs.

But sources say the department is just "flexing its muscles" because it doesn't like the idea of an independent regulator it cannot control.

Senator Di Natale last month conceded there were obstacles to the bill but insisted none of them were insurmountable. He pointed out other countries had managed to legalise medical marijuana without falling foul of the single convention, and said Australia could do the same.

The regulator is necessary because the Therapeutic Goods Administration was set up to process pharmaceutical products and is not equipped to deal with approvals of herbal medicines, he says.

A recent survey by Palliative Care Australia found more than two-thirds of Australians now back the use of medical marijuana. Just 9 per cent of people oppose it.

Prime Minister Tony Abbott last year threw his support behind the legalisation of the drug.

Cannabis May Be Used to Treat Fractures

When Australian politicians say that Australia is leading the way in cannabinoid research I laugh..... and cry, they really don't know or care wgat they're talking about.
Wake up and smell the roses, we are so far behind the eight ball we're almost playing on a different table.
This team of Israeli scientists have been experimenting and studying cannabis for over 50 years.
Hebrew University Prof. Raphael Mechoulam
If Australian politicians want to squander tax payers money and reinvent the wheel, I hope it doesn't turn out square or pear-shaped.
Giddy-up!

Cannabis — marijuana, hashish — was used as a go-to medical remedy by societies around the world for centuries. But the therapeutic use of marijuana was banned in most countries in the 1930s and '40s due to a growing awareness of the dangers of addiction. The significant medical benefits of marijuana in alleviating symptoms of such diseases as Parkinson's, cancer, and multiple sclerosis have only recently been reinvestigated.

A new study published in the Journal of Bone and Mineral Research by Tel Aviv University and Hebrew University researchers explores another promising new medical application for marijuana. According to the research, the administration of the non-psychotropic component cannabinoid cannabidiol (CBD) significantly helps heal bone fractures. The study, conducted on rats with mid-femoral fractures, found that CBD — even when isolated from tetrahydrocannabinol (THC), the major psychoactive component of cannabis — markedly enhanced the healing process of the femora after just eight weeks.

The research was led jointly by Dr. Yankel Gabet of the Bone Research Laboratory at the Department of Anatomy and Anthropology at TAU's Sackler Faculty of Medicine and the late Prof. Itai Bab of Hebrew University's Bone Laboratory.

The same team, in earlier research, discovered that cannabinoid receptors within our bodies stimulated bone formation and inhibited bone loss. This paves the way for the future use of cannabinoid drugs to combat osteoporosis and other bone-related diseases.

"The clinical potential of cannabinoid-related compounds is simply undeniable at this point," said Dr. Gabet. "While there is still a lot of work to be done to develop appropriate therapies, it is clear that it is possible to detach a clinical therapy objective from the psychoactivity of cannabis. CBD, the principal agent in our study, is primarily anti-inflammatory and has no psychoactivity."

According to Dr. Gabet, our bodies are equipped with a cannabinoid system, which regulates both vital and non-vital systems. "We only respond to cannabis because we are built with intrinsic compounds and receptors that can also be activated by compounds in the cannabis plant," he said. The researchers found that the skeleton itself is regulated by cannabinoids. Even the addition of a non-psychogenic compound acting outside of the brain can affect the skeleton.

Separating the components out

"We found that CBD alone makes bones stronger during healing, enhancing the maturation of the collagenous matrix, which provides the basis for new mineralization of bone tissue," said Dr. Gabet. "After being treated with CBD, the healed bone will be harder to break in the future."

The researchers injected one group of rats with CBD alone and another with a combination of CBD and THC. After evaluating the administration of THC and CBD together in the rats, they found CBD alone provided the necessary therapeutic stimulus.

"We found CBD alone to be sufficiently effective in enhancing fracture healing," said Dr. Gabet. "Other studies have also shown CBD to be a safe agent, which leads us to believe we should continue this line of study in clinical trials to assess its usefulness in improving human fracture healing."